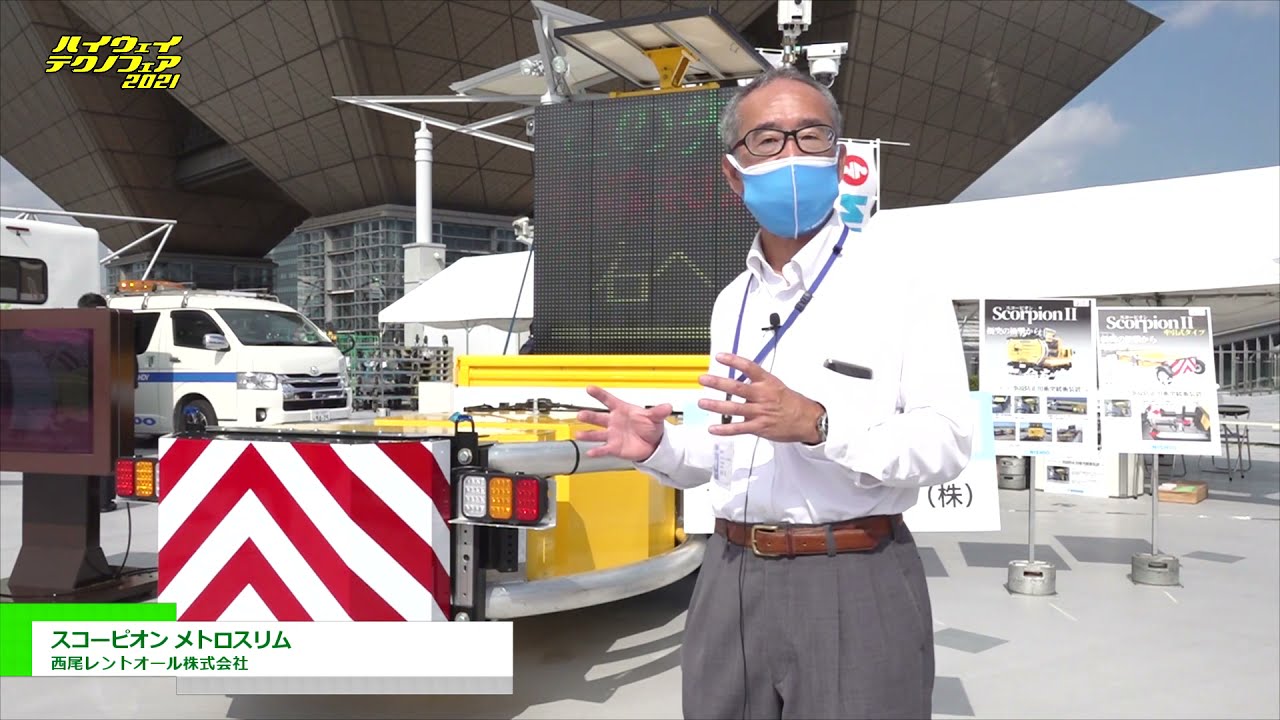 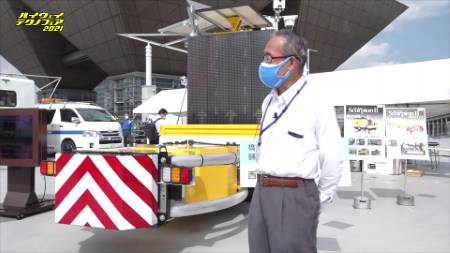 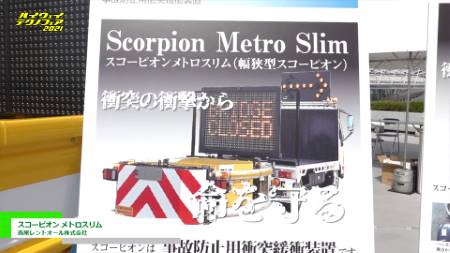 In the past, scorpions often used in Japan,
It is a model that miniaturizes and narrowed. 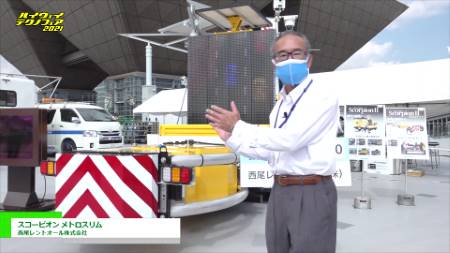 Scorpion is originally said to be a collision buffer,
There is a place to work forward, 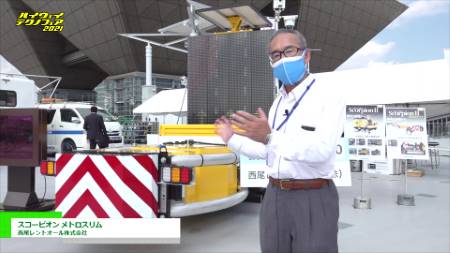 It is a so-called construction area,
Protect the life of those who work there, 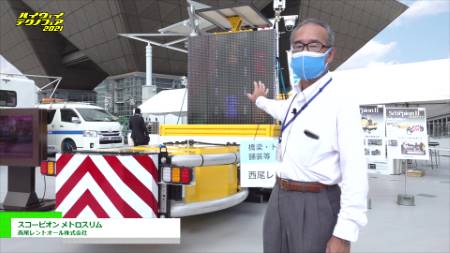 Also, by doing this such protection,
Protect the lives of drivers of cars that have been hit. 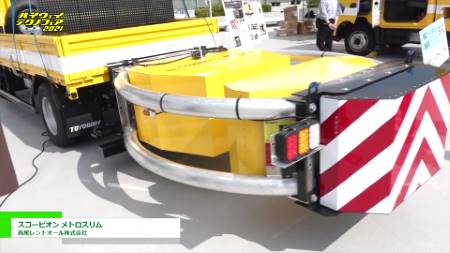 In the meantime,
Very well-being, it is quite used in Western and American. 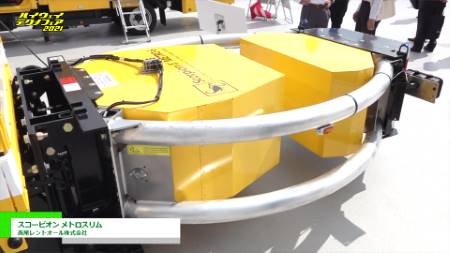 Japan also,
In the highway, it is used in various ways,
We have received well-received. 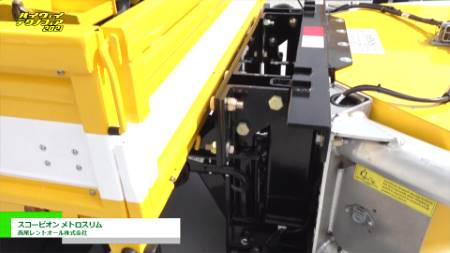 Recently, not only highways,
It is used by the general road, 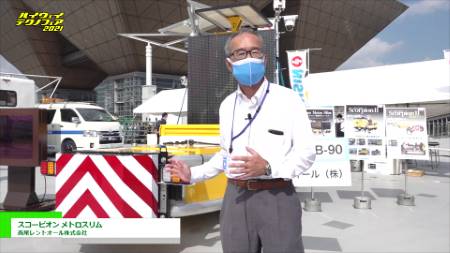 For example, there was Olipala, but 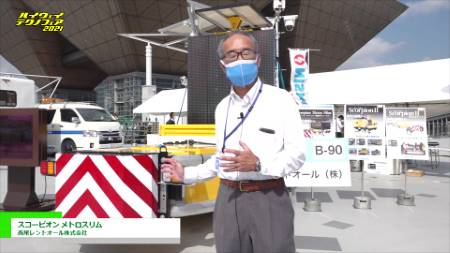 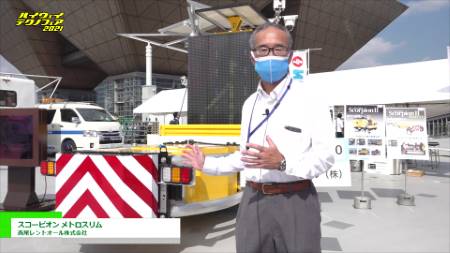 And after the competition is over,
I have to erase the white line,
At this time,
I am using this scorpion. 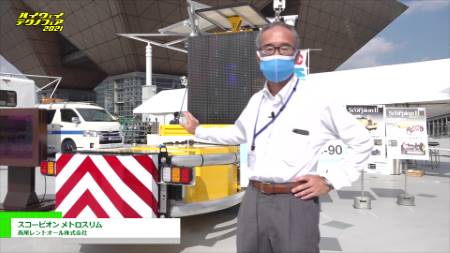 conventionally,
This large scorpion is used, 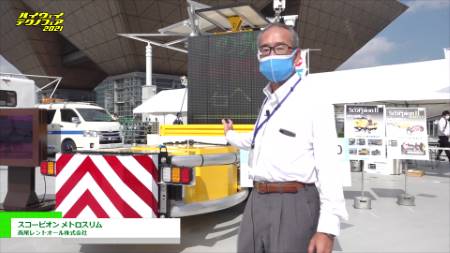 There is also a traction scorpion.
This is the track of the customer, 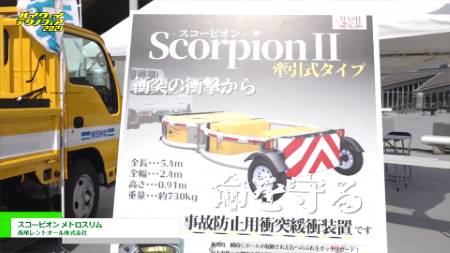 It can be used to drive, so
It is very easy. 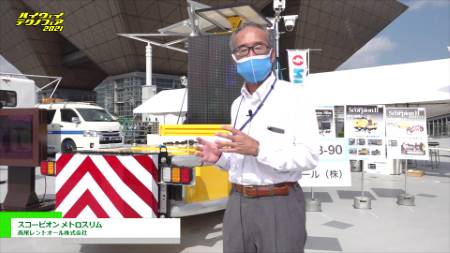 In the traction,
I do not need a traction license.
So you can use it easily. 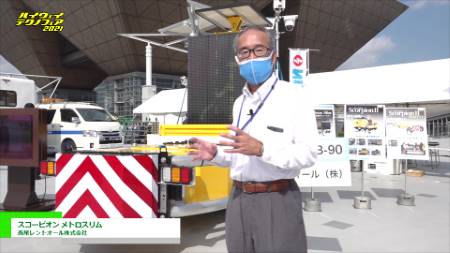 The scorpion Metro slim exhibited this time is
Traditionally, in the scorpion used in Japan, 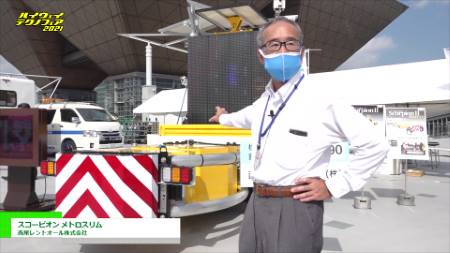 As I mentioned earlier, I’m slightly minor change.
It is narrowed. 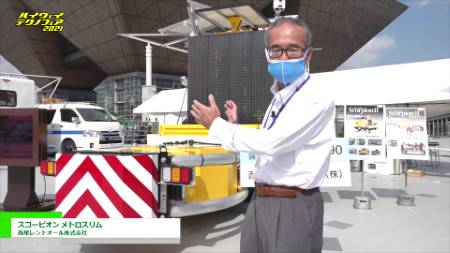 This is a Japanese standard, eg,
As the shoulder or the like is slightly narrower than the West, 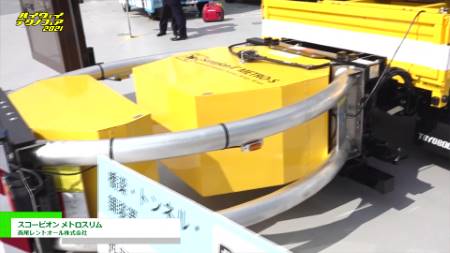 Together,
Developing a car
Because there is a story, 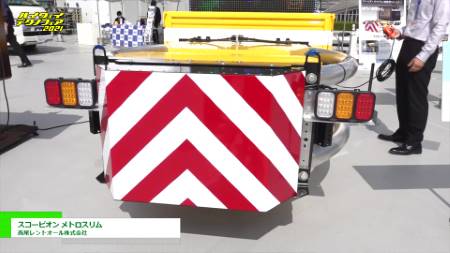 Such narrow
We have developed a Skopion Metro Slim.
If this is, 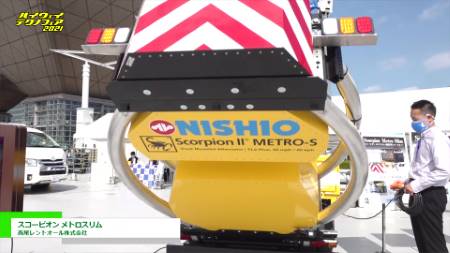 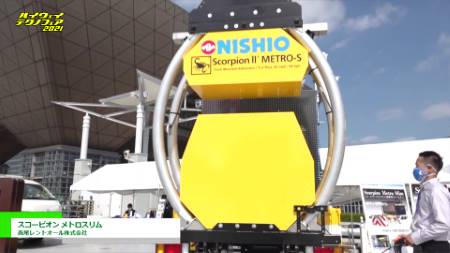 80km based city fast,
It will be used. 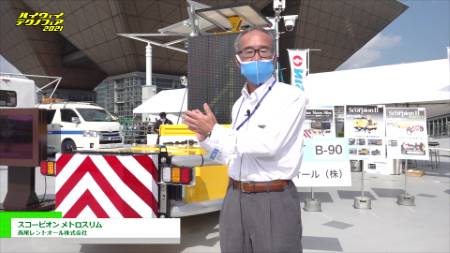 As you can use it at the city high speed,
We have developed this. 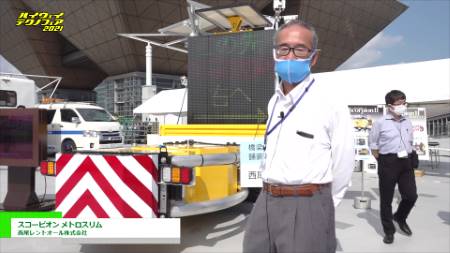 Depending on the thing,
At the track of this scorpion Metro slim,
Now, there is a sign, but
Besides the sign, for example, 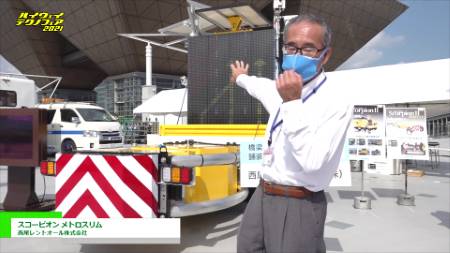 It is a space where workers can rest,
It is a so-called room, 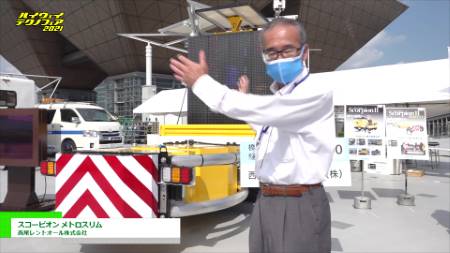