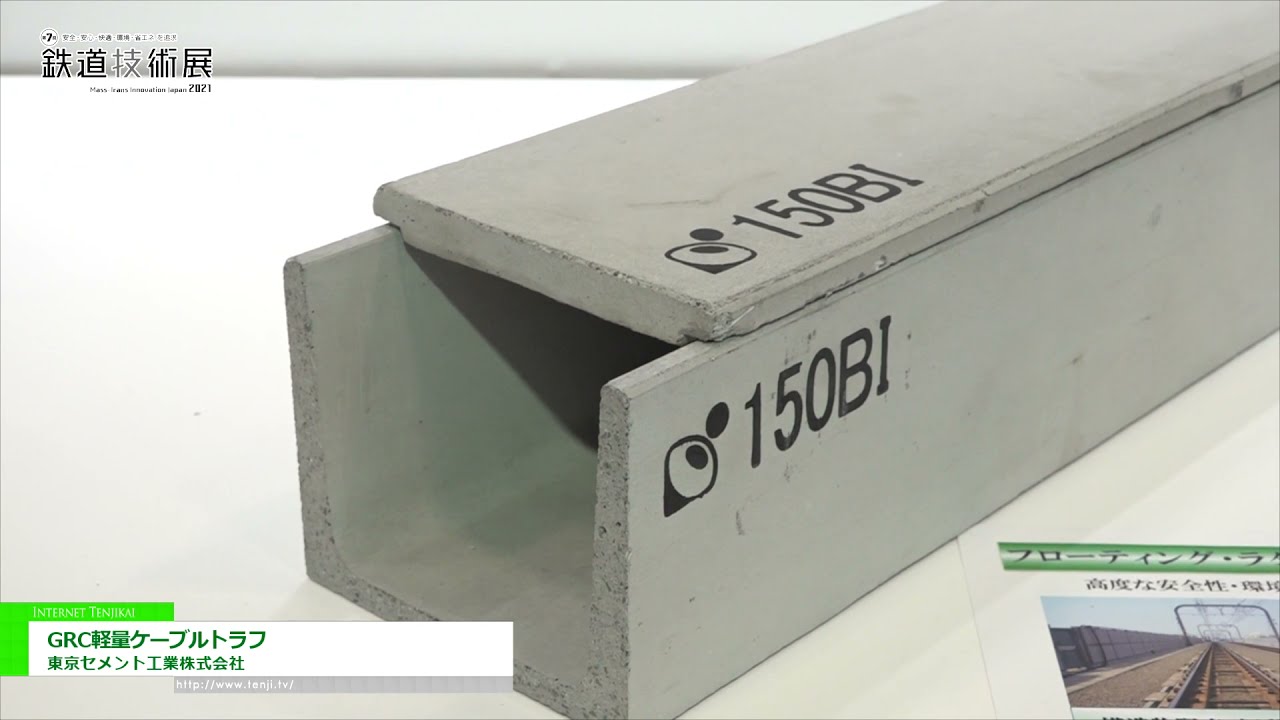 I will show you this time,
GRC alkaline glass fiber was included,
It is a cable trough of Tokyo Cement. 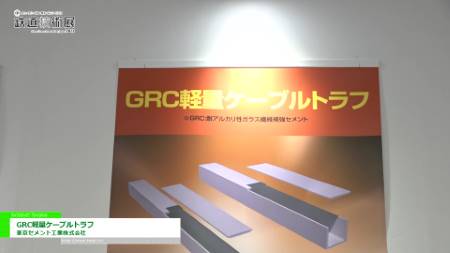 It is a normal cable trough,
Rebars are included,
The thickness is also heavy, but 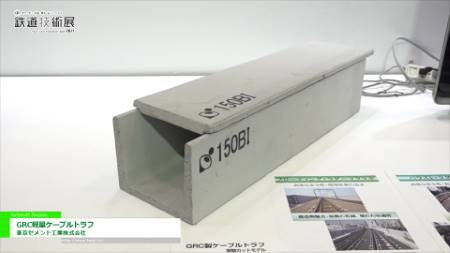 It is made of cement,
It is characterized that it can be laid with light and human power.
The intensity itself is also more than the regular concrete cable trough, 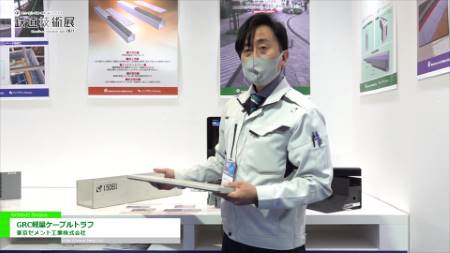 As it is strong,
A lot of adoptions are available. 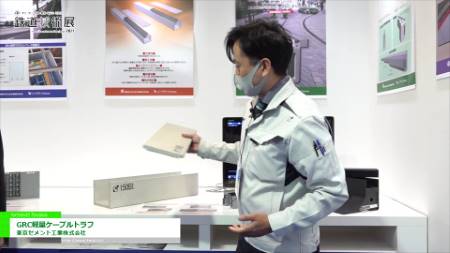 Since the rebar is not included in again,
Even if you cut in the railway orbit in the field,

The sparks of the rebar are not scattered,
No rust,
That’s why we have adopted a lot. 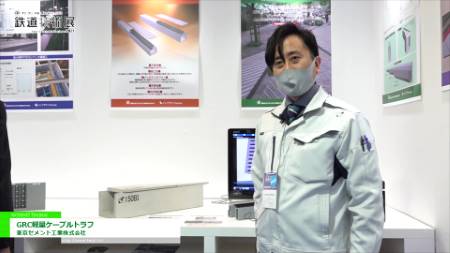 As a final feature,
As there are incombustibility certification,
For example, underground, 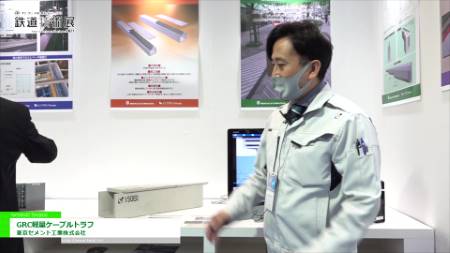 When you use it in the subway,
Even when there is a fire,
Even if it burns, no toxic gas does not occur, 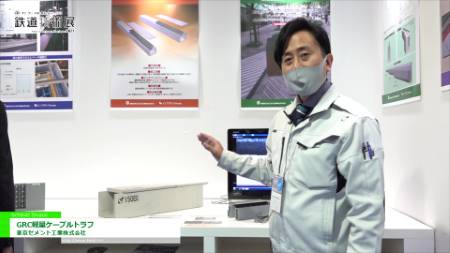