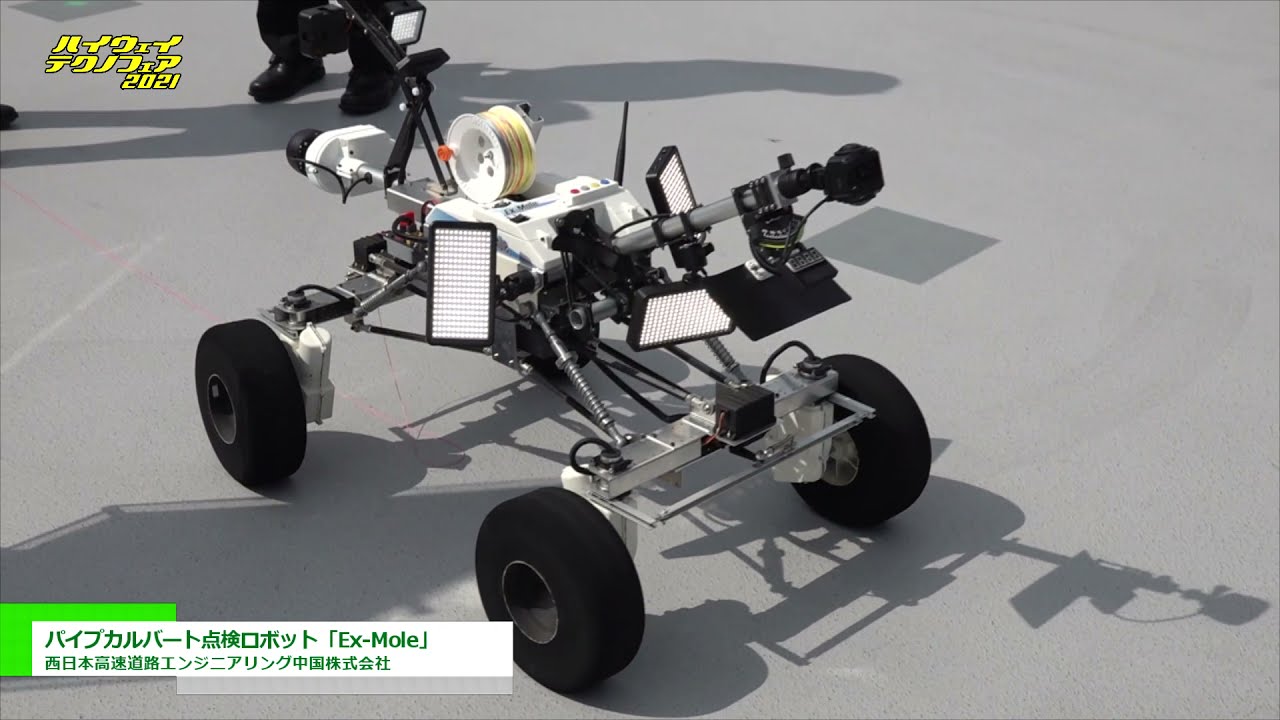 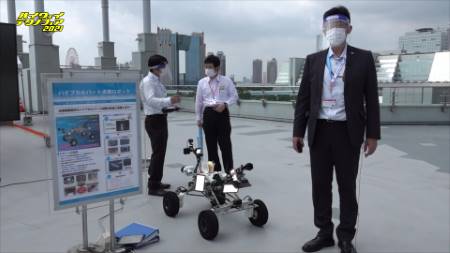 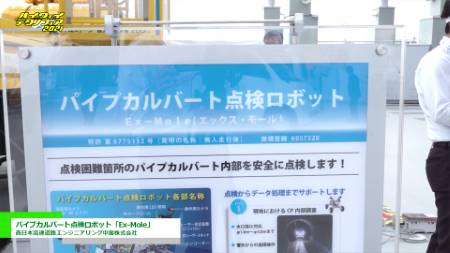 In the pipe culbert, the person originally did,
I would like to introduce what I developed to carry out with a robot. 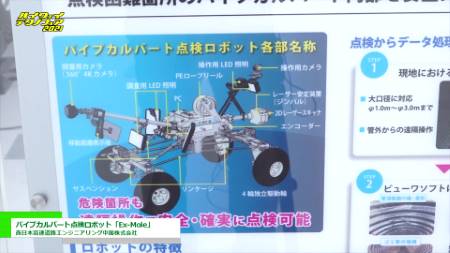 In the pipe culbert, in the conventional way,

Human beings are subject to investigators and check 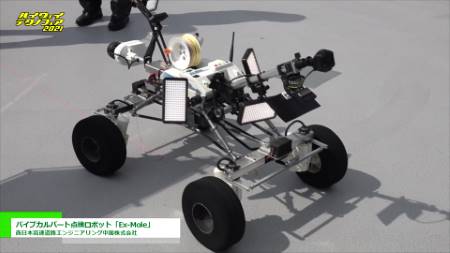 Nowadays, disasters etc. have increased,
I will check. 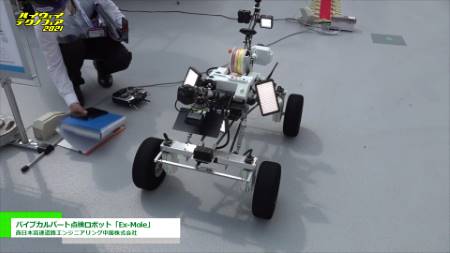 Regarding this, it is due to remote control,
Such a driving is a four-wheeled one 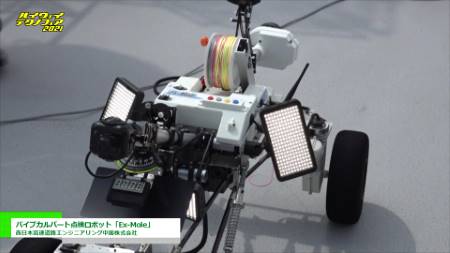 Put in the camera and shoot with the camera 360 degrees,
After that, use a laser to take three-dimensional data. 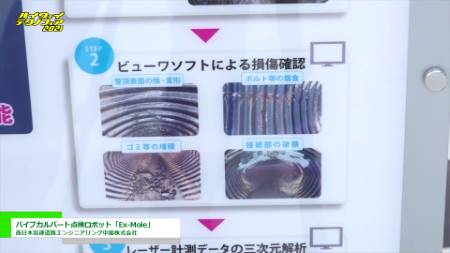 Such analysis is performed, and the strain deflection amount is measured by three-dimensional analysis, 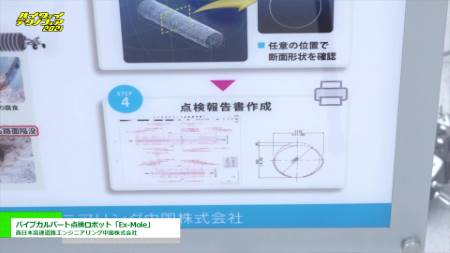 Ultimately, as a development diagram, as the final result, 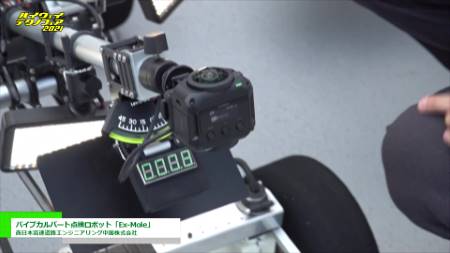 It is what you pay. 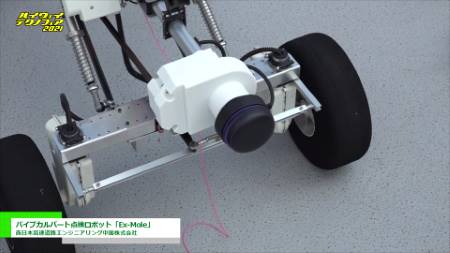 Currently, as a result, in the velocity of the highway in the Chinese pipe,
It is a situation that you are using. 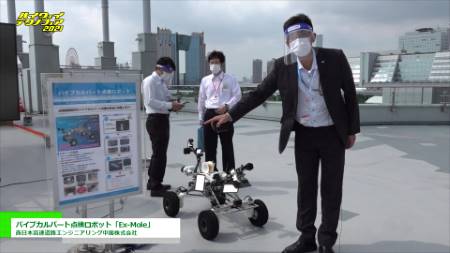